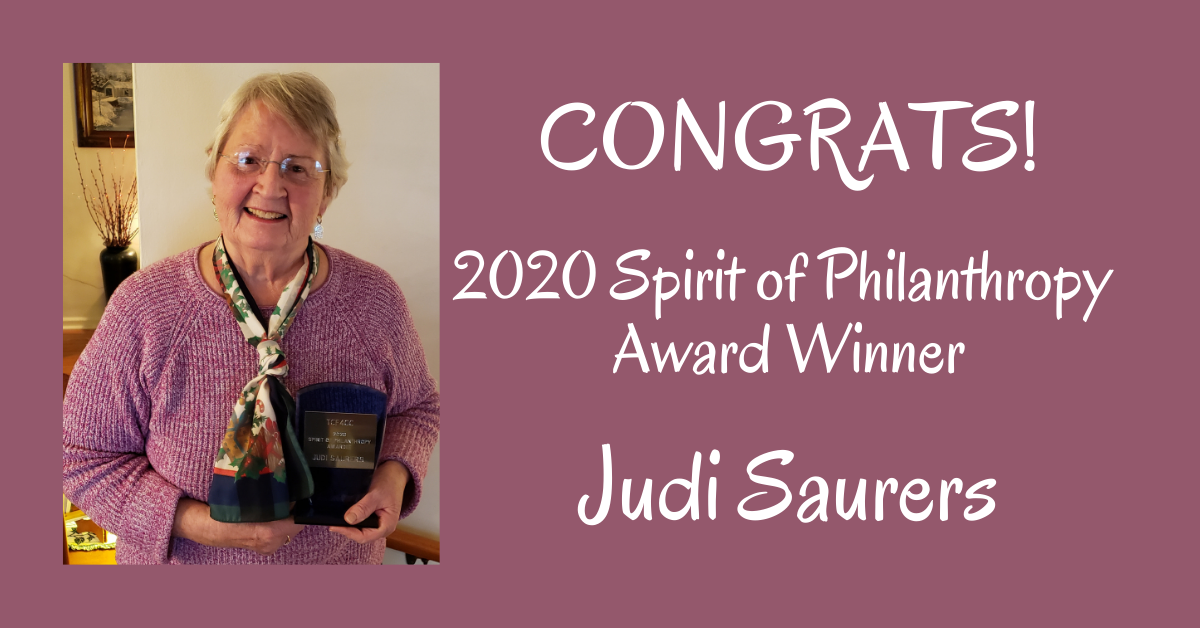 Like so many standing traditions, The Community Foundation for Crawford County had to cancel their annual “Evening of Philanthropy” event this year, an evening normally set aside to show appreciation for their donors. However, the group’s Development Committee and Board felt that it was still important to name a recipient of the Spirit of Philanthropy Award for 2020, as the need for philanthropy and volunteering is just as important as ever.

Judi Saurers was chosen as the winner of the 2020 Spirit of Philanthropy Award. Judi was a Foundation Board member for six years and also served as Secretary. She spearheaded the capital campaign that turned the Knights of Columbus Hall into the current Crestline Historical Society and Museum, where she has also served as a volunteer and President. In 2019, Judi was named to the Crawford County Golden Years Hall of Fame for her service to the community. She is also an active volunteer for the Trinity Lutheran Church Council and the Crestline Patio Gardeners Club.

Professionally, Judi was a nurse for a total of 45 years, working at area hospitals and nursing homes before she and her late husband, Russell, owned and operated the Crestline Nursing Home for 20 years. This was followed by another business venture – building and operating the Jolly Pirate Donut Shop in Crestline for 10 years. Finally, she became the executive director of the Ohio District 5 Area Agency on Aging, from where she retired after 15 years.

“I feel like any philanthropic award belongs to both Russ (her husband) and me,” Judi commented. “He always wanted nonprofits to survive, and he actually served on the Crestline Historical Society Board before I did. He always supported my volunteerism and was adamant about us supporting good causes – both financially and by volunteering. Small organizations don’t survive unless volunteers step in and are committed.”

“I always say that Judi is a force to be reckoned with,” joked Lisa Workman, Foundation President. “If there is a fundraising dollar amount to meet or a tough task to undertake, Judi will take it on with a positive can-do spirit!”

Prior Spirit of Philanthropy award winners include the late Dr. Donald Wenner, Libby McPeek, the Timken Foundation, and Tom Holtshouse. The Foundation’s mission is to support collaborative, impactful and philanthropic leadership that provides quality and lasting investments in our community, now and for generations to come.